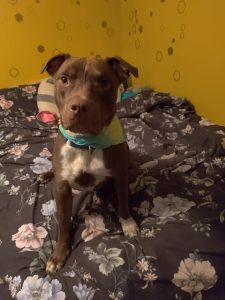 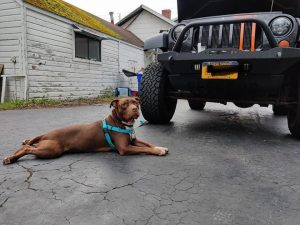 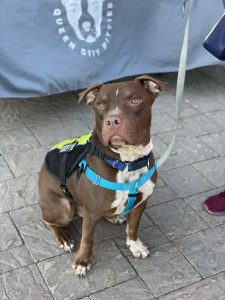 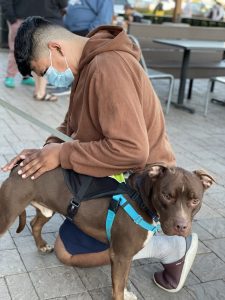 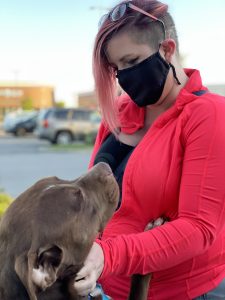 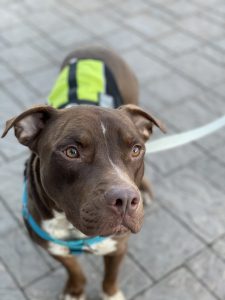 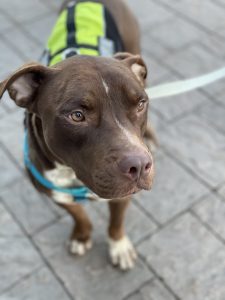 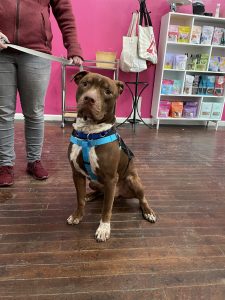 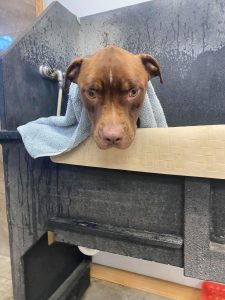 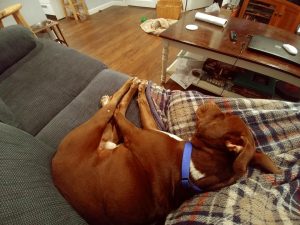 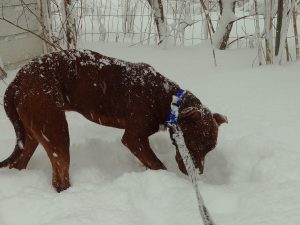 Meet Khalon, he’s somewhere between 1-2 years old and a pit mix (best guess is some pointer and lab). He’s a stray from down south who is getting used to all this house and cold stuff. Right now he’s about 50lbs and underweight. We are working on getting up to a healthy weight again.
Khalon still has a way to go, he has never had the experience of living inside and experiencing what we assume all dogs get to do. He was quite underweight when he came to us, but is putting on weight well. He does LOVE food, whether or not it is for him, he will grab it but we are working on it. He is a little nervous about meeting new people, especially men, but he just wants love and butt scratches from everyone he meets by the end. He doesn’t understand being crated and can get worked up especially if you don’t leave the house. He doesn’t understand toys or how to use a Kong. But sometimes chases a tennis ball or will chew on a bone.
He LOVES being with his people, he will always be right by your side, in fact probably even closer. Watching tv? Oh no, he’s on your lap, blocking your view, rolling over for scritches, waving paws in your face, knocking your glasses, scratching your nose, licking licking licking LICKING. Don’t care about missing that extra point kick? Good. They have replay anyway.
He will need training, but is smart and super treat motivated so he’s picking it up quickly. He loves to go for walks and would make an excellent hiking partner!
Pretty good on a leash, no extra pulling and does not charge at ‘prey’ animals or other dogs but can get distracted by them.  We believe he is dog friendly, he has met a few and only low growled at one who was getting a bit too much into his face, and in fact might do well in a home with another dog to teach him how things work and the good life.
We currently don’t know how he would do with cats, as of right now he doesn’t show a crazy prey drive, and a general friendliness to all. But he has not been tested.